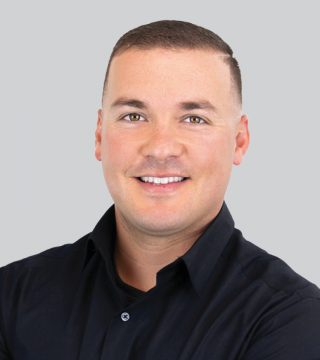 Stephen has lived in the Tri-Cities for 13 years. He grew up in the small farm town of Basin City, about 30 miles north of Pasco. He was raised in the agricultural industry where he worked for his dad, the owner of Martinez Trucking, during and after high school. During the spring and summer months, you’ll find Stephen hanging out with his family of six at parks or on the river. He loves to golf and fish in his free time.

Stephen has always been involved in Real Estate one way or another. In 1996, his father built his first custom home. As a child, Stephen remembers begging his dad to let him help with something around the house. This passion developed over the years, and Stephen officially purchased his first home in 2009, which he then performed a full indoor remodel on. He sold this home in 2015 and built his first custom home later that year. Stephen prides himself on building relationships with anyone he meets. He treats every individual with respect and understands that every client will have different necessities and desires. He is determined to be the Broker that people reach out to for their Real Estate needs, whether buying or selling.

This information is believed to be accurate, but without any warranty.