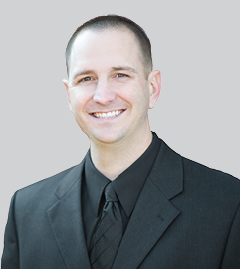 Hi, I am Michael Mackay. When looking for a new home in Pasco or Kennewick, you will need someone that has the knowledge and expertise of new construction to get you what you want, where you want. Having sold more than 300 new homes in five years, building your home is MY business.

Michael was born and raised here in the Tri-Cities. He comes from a large family of eight (three girls and three boys). He graduated from Pasco High School in 1998, and shortly thereafter received his mission call to Mexico City. He quickly learned Spanish and enjoys using the language frequently. Upon returning home, Michael attended Utah Valley State and Columbia Basin College for three years. While attending CBC, he met his future wife and married her a short seven months later. Now seven and a half years have gone by, and they have added three happy, healthy, and handsome boys to their lives.

Michael knows and understands most aspects of the building, buying, and selling process. He has done it all: framing, finish work, painting, flooring, and cabinetry. A few years back, a good friend introduced him to the “world of real estate.” Michael quickly learned that this is what he truly loves to do and wanted to make a lifelong career of it. With more than 200 home sales under his belt in just three and a half years, Michael has the passion, drive, and determination to make his clients’ wants and needs become a reality.

When Michael is not selling homes, there are a number of activities he partakes in. As much as he loves golfing, basketball, and shooting, spending time with his wife and kids is at the top of his list. They enjoy family game night, hitting a bucket of balls at the driving range, and curling up on the couch to watch a movie.

Michael is outstanding at what he does. He really listens to his clients wants & finds a way to make it happen. He is knowledgeable in all aspects and if he isn’t sure, he will get you answers immediately. He has been a pleasure to work with throughout the process of our home being built & made for our first home buying experience to be a pleasant one. I would & do highly recommend Michael for all your home buying needs

My husband and I recently purchased a new home in Pasco through Michael. Being out of state made the overseeing impossible for us, but we knew we could depend on Michael to be our voice and make sure everything was perfect. Without Michael’s watchful presence and constant updates we would never have been able to have the house of our dreams. Michael will always be our go to guy for all our real estate needs. He’s professional, helpful, personable and an all around great guy. We are blessed to have been able to have him as our realtor and he is now our Pasco family friend. Thanks, Michael!

Working with Michael as my realtor was such a great experience. My husband and I were clueless about home buying. Michael walked us step by step through the home buying process & made it easy from start to finish. He had great communication with us, any questions or concerns we had he was always on top of it. He never had a problem going the extra mile for us.

Michael was the perfect Realtor. He spent the time to get to know me and used that the find the exact house I was looking for right away. I was very impressed with his professionalism and his contacts as a Realtor. He has also made himself available as a great resource now that I am a homeowner if anything needs to be done around or in the house. Since I am new to this area, that means a great deal to me so I don’t have to spend a ton of time looking around and doing the research myself.

Working with Michael Mackay was an enjoyable experience. Having never purchased a home before, Michael took the time to answer all of my questions and helped determine exactly what I was looking for in a home. His extensive knowledge of the area and various builders made it easy to find the location I desired. With his help I was able to get into the perfect home. It has been over a year and a half since I moved in and I could not be happier with my purchase. I would highly recommend Michael Mackay to anyone looking for a realtor.

Michael Mackay is awesome! He was always available and more than willing to work with us, answering all of our questions. We would highly recommend him to anyone.

This information is believed to be accurate, but without any warranty.